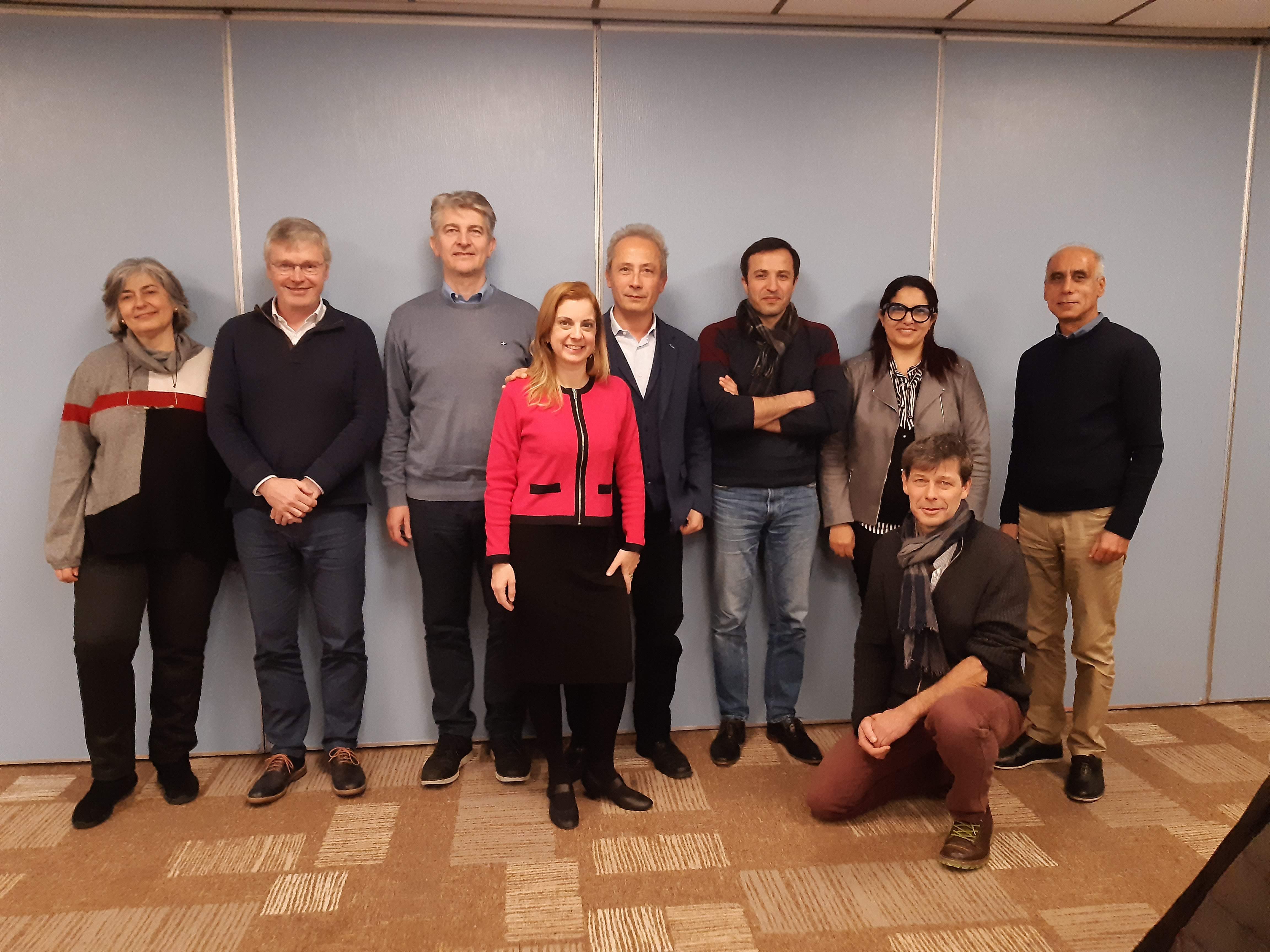 MNS received with great sadness and sorrow the news of the death of one of its founders and Professor at the University of Sultan My Slimane, Morocco.
Prof Mohammed Najimi (on the right of the picture representing the MNS Council, standing up) was an excellent neuroscientist and was one of the greats of neuroscience in Morocco and as most know, he was director of the Functional and Pathological Biology laboratory at Moulay Slimane University in Beni-Mellal. He represented his laboratory in the GDRI Neuro, the European Neuromed Network, the Moroccan Neuroscience Competence Center and among the founders of our Mediterranean Society of
Neurosciences of which he was a the Vice-Treasurer and member of its Council board. He participated in the schools of the IBRO and the Kemali School (Rabat and in Italy) and in the organization of several scientific meetings. He was also a member of several learned societies, including IBRO, FENS, FSN, MNS, etc.
The entire Neuroscience community has lost a man of value, excellence and honesty both in terms of teaching and in terms of scientific research.
You will always be in our memories and our hearts.
Your MNS friends