PAST PRESIDENTS - HONORARY MEMBERS
According to our Bylaw, the Former and the Present Presidents are honorary members. Past MNS Presidents are automatically entitled to Honorary MNS membership.

Driss Boussaoud is a senior scientist (Directeur de Recherche) at the Centre National de la Recherche Scientifique (CNRS, France). He works at the Institute of Systems Neurosciences (Aix-Marseille University), and he is currently Co-Director of the Institute.
Born in a small village of the Middle Atlas of Morocco, D. Boussaoud received his B.S in Biology & Geology from University Mohammed Vth of Rabat in 1980, and moved to France where he received his PhD in Neurosciences from University Claude Bernard (Lyon) in 1983. He then was appointed an Assistant Professor position at the University of Meknes (Morocco) for 2 years, before joining the NIH (National Institutes of Health, Bethesda MD, USA) as a post-doctoral fellow (3 years) and a research assistant (2 years). He first worked with the late Dr. Leslie Ungerleider on the anatomical connections of the dorsal visual stream (Boussaoud et al., 1990; 1991), and then with Dr. Steven Wise on the neuronal mechanisms of attention versus intention in the monkey frontal cortex (Boussaoud and Wise, 1992), both at the National Institute of Mental Health (NIMH). In 1992, D. Boussaoud got a CNRS research position at the Lab of the late Prof. Marc Jeannerod (Lyon, France), where he started to develop his research program on the emergence of function in the frontal cortex, using neurophysiology, brain imaging and neuropsychology both in health and disease. He was one of the founding members of the Institute of Cognitive Sciences (ISC).
D. Boussaoud moved to Marseille in 2004, where he created the Mediterranean Institute for Cognitive Neurosciences, of which he was the Director for 8 years. He also served as member of the National Advisory Board of the CNRS (2004-2009). Since 2008, he has been actively involved in the development of cooperation and exchanges among Mediterranean neuroscientists. In particular, he was the PI and coordinator of the France-Morocco Neuroscience Consortium (GDRI, 2008-2015), and the European consortium NEUROMED, funded within the FP7 (International Cooperation, 2009-2013). The latter gathered 26 partners, including Universities and Research institutions from seven Mediterranean countries. These initiatives’ aim was to build research capacities and collaborations, and thus funding was allocated mostly to exchanges PhD students and young researchers between the partners. Overall, hundreds of exchanges have been supported, leading to more than 50 publications, and a number of PhD theses. Together with other initiatives, GDRI and NEUROMED played a key role in the creation of the MNS, in 2009, with the idea of sustaining exchanges and collaborations between Mediterranean neuroscientists for education and research. D. Boussaoud was one of the founders of the MNS, and the first President from 2009 to 2012.
D. Boussaoud’s scientific interests revolved around integrative functions of the brain. Throughout his carrier, he has been seeking to understand neuronal mechanisms of perception-action, attention (Boussaoud and Wise, 1992), gaze (Boussaoud, 1995) and more recently neuronal dynamics during learning (Monfardini et al., 2013). Although his main contributions were in neurophysiology, he has also contributed to advancing knowledge of brain connectivity (Boussaoud et al., 1990; 1991; Tanné-Garieppy et al, 1995; 2002). In the last years, he became interested in the neuronal mechanisms of learning, whether through trial-and-error (e.g. Brovelli et al., 2008, 2012), or through social interactions (Aly-Mahmoud et al., 2017). Finally, he and his collaborators discovered a population of neurons in the monkey frontal cortex, which they termed “social neurons” (Demolliens et al., 2017). They suggest that these neurons might represent the mechanisms of a well-known phenomenon in social psychology, i.e. social facilitation. Finally, D. Boussaoud has trained a number of young scientists, from the graduate level to the post-doctoral level, and has been teaching integrative neurosciences in France and in different southern Mediterranean countries namely Morocco, Algeria and Egypt.

Born in Suez, Egypt, Marie’s life started with a war that caused her travel all over the world. She went to Alexandria University to be nominated as a lecturer of zoology since 1987. She got her PhD from New York Medical College, Valhalla, NY in 2001 in Developmental Biology and the effect of growth factors on limb pattern formation in chicken embryos. The implications of her research were evident on human embryos with craniosynostosis syndromes. Her American lab obtained the biggest research grant known at that time. She then undergone her post-doc in the INSERM of Bordeaux, France from 2003 to 2005 working on locomotion recuperation after complete spinal cord transection and the effect of growth factors on the nervous tissue healing. She is teaching in several universities, mainly Alexandria Egypt, NY medical college in the US and Bordeaux France. In 2013, her research interests switched to Computational Neuroscience in Toronto, Canada, where she obtained a BSc in Education from the Laurentian University, Sudbury and three qualifications in counselling from Queen’s University, Kingston. She is now mainly interested in learning, decision making and dynamic communications during cortical development. She tends to explore the importance of dynamical synapses in development and their influence on schoolchildren brain development and learning processes.
Marie was one of the founders of the Mediterranean Neuroscience Society when she organized the third Mediterranean conference in Alexandria, Egypt in 2009 and used the Bibliotheca Alexandrina as a venue. She served as the first vice-president from 2009 to 2012 then the first woman president from the southern shores of the Mediterranean from 2012 to 2015.
Marie participated in several southern-northern collaborations between Neuroscience labs through the numerous Egyptian- and European commission-funding projects she participated in conceiving, applying for or implementing. Imhotep (2005-2006), TEMPUS MEDA JEP CD (2004-2007), AUF E-learning FOAD (2008-2015), Imhotep (2009-2010), FP7 – REGPOT Neuromed (2009-2012), TEMPUS IV – Joint Projects / Structural Measures – ISIS (2010-2013), FP7 – Women in Science: Euro-Mediterranean Cooperation (2011-2014), FP7 – PEOPLE – IRSES – NEUREN (2013-2016), FP7 – EUROMED Master (2013-2015) and ERASMUS+ Strategic Partnerships for higher education – Neuronline (2015-2018). She created the first Neuroscience lab in Alexandria, Egypt and improved the basic infrastructure of the university together with creating the first B.Sc. and Master degree in Neuroscience. She implemented the first French language Neurobiology Master completely online to take Egypt to the next era of distance learning in 2008. She conceived the bilingual semi-virtual Euro-Mediterranean Master degree in collaboration with 14 universities from the Mediterranean region together with her then vice-president Marc Landry.
Meanwhile, she published more than 30 peer-reviewed articles and 3 book chapters and obtained numerous research and travel grants and scientific awards. She is a reviewer for five scientific International Journals and a chief editor of two of them.
She got her tenure position as a professor of Neuroscience in 2019. 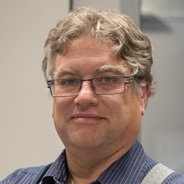 Marc Landry is a former student of the «Ecole Normale Supérieure de Saint-Cloud». He obtained the « grégation» of Biology-Geology and got appointed teacher of Life Sciences between 1988 and 1995. Meanwhile, he completed his PhD in Neuroscience in the lab of Prof. André Calas at Paris 6 University, studying the distribution of the neuropeptide Galanin in the rat hypothalamo-posthypophyseal tract and its role in neurohormones expression. Then, he performed a post-doctoral at the Karolinska Institutet (Stockholm, Sweden) in the lab of Prof. Tomas Hökfelt where he pursued the study of neuropeptides in the hypothalamus and extended his investigations to sensory systems implicated in pain transmission.
Marc Landry got a tenured position as a lecturer in 1997 at Bordeaux 2 University. He is now Professor of Cell Biology and Neuroscience at the University of Bordeaux (France). Marc Landry performs his research at the Institute of Neurodegenerative Diseases (IMN, CNRS UMR 5293). Together with Dr. Eric Boué-Grabot, they lead the team “Purinergic-mediated neuroinflammation and brain disorders”.
His main research focus is on pain. He initially aimed to study how the excitation/inhibition balance modulates the way spinal neurons, or microcircuits, integrate and respond to chronic nociceptive information. We investigated the role of neuropeptides and L-type calcium channel-specific subtypes on spinal neuron intrinsic properties and we demonstrated how partner proteins tune GPCR activation, impair GABAB inhibition, and amplify spinal nociceptive transmission in chronic pain conditions.
Recently, the interest of Marc Landry’s research group extended to pain processing in brain centers that underlie the affective component of pain and the development of comorbidities. He hypothesizes that mental disorders interfere with brain pain processing, not only affecting cortical pain perception but also regulating sensory integration in the spinal cord through the modulation of descending pathways. Our main objectives are (1) to dissect the descending circuitries between cortex and spinal cord that control the sensory-discriminative component, and the affective consequences, of chronic pain, (2) to identify key regulators of comorbid pathologies. He focused on two neurological disorders comorbid to pain, anxiety and attention deficit/hyperactivity disorder (ADHD).
He focuses on neuropeptidergic modulation of brain circuits controlling both pain and anxiety. We demonstrated that the relaxin family peptides (human relaxin 2 and relaxin 3) produce analgesic effects in rat and mouse models of inflammatory persistent pain by modulating interneurons of brain areas also involved in anxiety and cognitive functions and engaging descending control to the spinal cord.
He developed and validated a pharmacological mouse model of ADHD obtained by postnatal (P5) intraventricular injection of 6-OHDA that impairs dopaminergic systems. We demonstrated this model recapitulates major and minor symptoms of the human disease and shows good construct, face and predictive validity. He further demonstrated that the dysfunction of the anterior cingulate cortex (ACC)-posterior insula (PI) circuit in ADHD conditions results in pain hypersensitivity mediated by the impairment of descending pathways.
His objectives are to (1) dissect the descending pathways underpinning ADHD-induced changes of pain sensitisation and the analgesic effects of the relaxin-3/RXFP3 system, and (2) to identify neuroinflammatory mechanisms that trigger alterations of these circuits.
Marc Landry is involved in Euro-Mediterranean collaborations in research and education. He has developed a joint Euro-Mediterranean Master's degree (https://emn-online.org/) in Neuroscience and Biotechnology. This Master's program brings together 13 partner institutions from around the Mediterranean and offers teaching that is strictly common to the institutions that award the degree. It is supported by local and European funding. It has benefited from the Tempus program (ISIS project, 2010-2014). This program was followed by an ERASMUS+ strategic partnership funding (Neuronline project, 2015-2018) aiming to ensure the changeover of the program entirely online for some institutions. The EMN-Online consortium has also obtained European grants within the framework of an IRSES funding (Marie Curie action, NEUREN project, 2013-2017). The consortium has published more than 20 articles in collaboration and developed common good practice, skills and know-how to share knowledge and train young researchers, e.g. through 5 joint PhD awarded to date. Based on these collaborative actions, Marc Landry contributed to the creation of the Mediterranean Neuroscience Society in 2009 with the aim to promote the emergence of scientific networks associating partners from the North and South of the Mediterranean on an equal basis. He was the President of the MNS between 2015-2017. 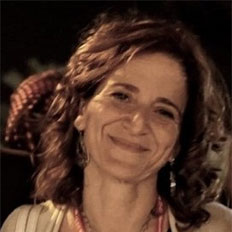 Liana Fattore is a Senior Researcher at the Institute of Neuroscience (IN) in Cagliari, National Research Council-Italy (CNR). She holds a PhD in Neuroscience from the University of Cagliari and was Visiting Research Fellow at the Department of Experimental Psychology at the University of Cambridge, UK (2000-2001). Her research activity focused since the beginning on addictive disorders, and primarily on cannabinoids and their interactions with the opioid system. More recently, she is studying sex-dependent differences in addiction, the neurobiology of novel psychoactive substances (NPS), the effect of early life experience of social enrichment/deprivation in adulthood, and the short- and long-term effects of the use of hormonal contraceptives in adolescence on brain, behavior and emotional states. Author of more than 100 peer-reviewed articles, 11 book chapters and a monograph, she has been awarded several Travel Grants (SIF 2000; ICRS 2006; BPS 2007) and awards (ECNP Poster award in 2004; ISN-ESN Young Investigator Award in 2005; 2018 Best Review Article, Drug Metabolism Review). President of the MNS from 2017 to 2019, she serves as an expert reviewer for 17 scientific International Journals and is Editor of the British Journal of Pharmacology (BJP), Specialty Chief Editor for Frontiers in Behavioral Neuroscience (Section: Motivation and Reward) and Associate Editor for Frontiers in Psychiatry (Section: Addictive Disorders). Member of the Evaluation Committee Panel, Research Executive Agency of the European Commission (Horizon 2020), Dr. Fattore serves as Expert Evaluator of Research Project Proposals for ”La Caixa” Banking Foundation (Spain/Portugal), the National Council of Science and Technology (Mexico) and the National Science Center (NCN, Poland).